Will and Guy have deliberately covered a wide variety of Halloween themes.

Don't Drink and Fly at Halloween 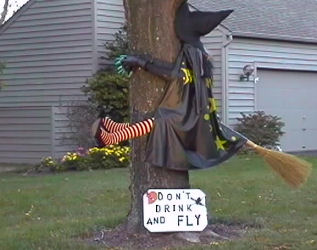 Why don't angry witches ride their brooms? They're afraid of flying off the handle 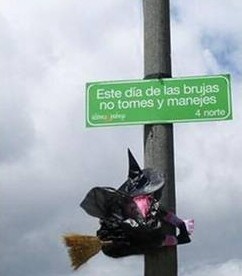 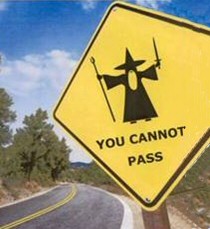 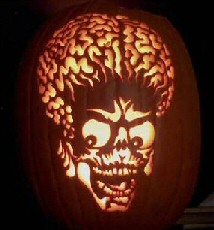 A Coven of Witches - Not just at Halloween

A coven of witches, is a group of 13 witches.  Unfortunately, for some of us, a coven of witches can gather not just at Halloween, but at any time of the year. Wife, sister, mother-in-law, aunties, you can soon rack up a great deal of witch power in your life. 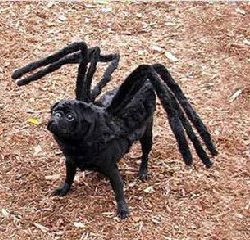 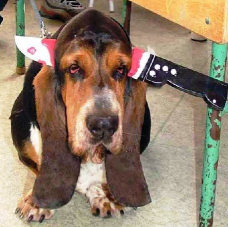 Cats, particularly black cats are symbols of evil, thus they come into their own on All Hallows Eve, along with goblins and of course, witches. 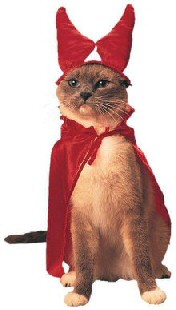 This year the top choices for Halloween costumes are: Mermaids and Indian Jones.  This surprised Will and Guy as we prefer the more traditional ghost-sheet. Most Creative Costume: Mondex, a Chihuahua, wears a pirate costume during a Halloween dog show for the benefit of an animal welfare organization in Manila, capital of the Philippines.  Mondex won the prize for the most creative costume. 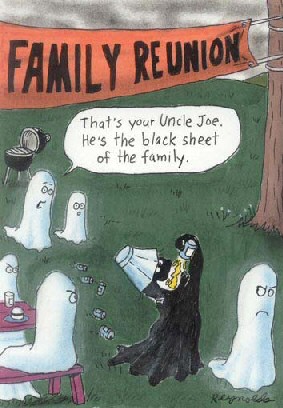 Uncle Joe - the black sheet of the family.

More of Will and Guy's Collection of Funny Halloween Pictures

We are always on the lookout for amusing pictures of witches, ghosts and pumpkins.  In truth, the funniest part of Halloween is the doing, and the telling of derring-do tales afterwards.  Meanwhile, here are funny Halloween pictures to put you in the mood for a little trick or treating. 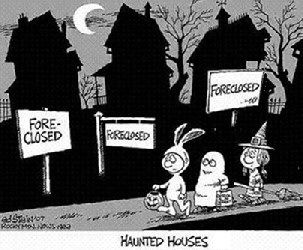 A Motley Collection of Halloween Characters

After each grown-up Halloween party, watch out for a new round of stories involving a husband swapping his fancy-dress costume with another guest, followed by the wife then kissing the 'wrong' man. 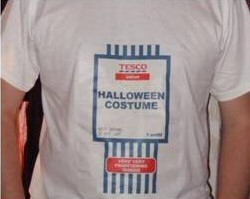 May Have Eaten a Ghoulish Egg? 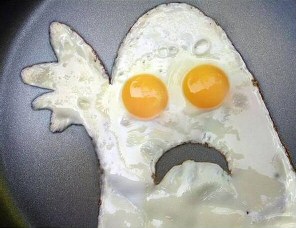 Pretty much everyone agrees with the position of Halloween in the calendar, namely All Hallows Eve, October 31st.  Halloween pictures and images fall into three major categories.  Other variations on the name include:

Halloween is the third biggest holiday for retail sales While Americans spend an average of $75 on Halloween, they spend more on merchandise for Christmas, Mother's Day, Valentine's Day and Easter. I find it hard to believe, but even Father's Day sales outstrip those of Halloween. Psychic Predicts Campus Murders at Halloween This an interesting phenomenon because it repeats every 3 years.  The gist of the myth is that a psychic on a radio or obscure T.V. show predicts that a madman is going to murder students and Halloween.  There is no truth in this myth which started in 1968, it's neat because after 3 years each campus will have a new batch of students who have never heard of the hoax. A suicide was mistaken as a Halloween decoration  The incident occurred just before Halloween in 2005 in Frederica Delaware.  Unfortunately this is a true story.  Indeed it illustrates the problem with dismissing all hoaxes and myths, because about 25% turn out to be true.