It's
funny how fact is always stranger than fiction.  A good strange but true always leaves a lingering thought.  Hmmm... that could have happened to someone that I know.

She Came Second in a One-horse Race

Jennifer Brown, aged 62, a grandmother was thrilled to win second prize in a baking contest until she found that her cake was the only entry. She was awarded second place for her Victoria Sponge in the
competition, reports the Mirror. She was intrigued to find out which cake had beaten her to the top spot and it was then that she discovered the truth.

Organisers had spotted her sponge had rack marks
from where it had been in the oven and decided it wasn't up to the standards demanded for first place. But grandmother-of-four Jennifer said she was not browned off and chuckled, 'I must admit I have never
heard of coming second in a one horse race before. When a friend of mine told me I had come second I was quite pleased, both for getting a prize and also because I just assumed they must have had more entries.
The cake hadn't been judged good enough to win the contest, but it was soon polished off and there were certainly no complaints.'

Jennifer, who had entered the competition organised for her village carnival
in Wimblington, Cambridgeshire, UK, added, 'Although I have never heard of anything like this before I certainly didn't take offence. I had a good laugh with the organiser about it. It certainly won't put me
off baking cakes.'

a) 1,481 people,
most of them children, were injured by hot drinks. Most of the poor children required an overnight stay in hospital.

b) Two people needed five days of treatment after contact with centipedes or venomous
millipedes.

c) 15 people were admitted after contact with a marine animal. On average they needed an average of two days in hospital. 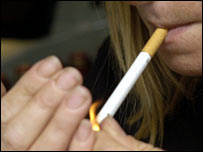 The woman was arrested when the plane landed in Australia A French woman has admitted attempting to open an aeroplane door mid-flight so that she could smoke a
cigarette.

Sandrine Helene Sellies, 34, who has a fear of flying, had drunk alcohol and taken sleeping tablets ahead of the flight from Hong Kong to Brisbane.  She was seen on the Cathay Pacific plane
walking towards a door with an unlit cigarette and a lighter.  She then began tampering with the emergency exit until she was stopped by a flight attendant.

Defence lawyer Helen Shilton said her client had
no memory of what had happened on the flight on Saturday, and that she had a history of sleepwalking.  She pleaded guilty to endangering the safety of an aircraft at Brisbane Magistrates Court and was given a
12-month A$1,000 (£429) good behaviour bond - she will forfeit the money if she commits another offence.  The French tourist was at the start of a three-week holiday in Australia with her husband.

As
reported by the BBC

Strange But True Stories From Motorists

Four
Casualties Instead of One

An old lady dialled 999 after falling over in her house at Iffley, Oxfordshire. She didn't
wake the other members of the family. As the ambulance men were
carrying her out of the front door on a stretcher, her son roused from his slumbers by the noise staggered onto the landing, panicked at the sight of strange men in his home, and tripped all the way
downstairs, knocking himself out.

His wife came rushing out of the bedroom to see what was wrong. Observing her husband lying on the hall floor, she promptly fainted and fell downstairs herself. The
paramedics now had three casualties to take to A&E instead of one.

A Macedonian drove six hours across Italy and into Germany before noticing he had left his wife at a petrol station.

Ljubomir Ivanov , 35, only realised he had forgotten wife Iskra, 37, when he got a call
on his mobile from police to say she was still waiting for him at the petrol station near Pesaro, in central Italy.

He said, 'I filled up the tank with petrol, paid and then just drove off. I was very tired
and not thinking straight.

'She usually sits in the back seat so I didn't
really see she wasn't
there, until I got a call when I was already in Germany.'

Mr Ivanov immediately drove back to Pesaro to pick
up his wife so they could resume their holiday.

'I had a lot of apologising to do, 'he said.

The tally rapidly became four when the family dog rampaged furiously into the hall, and inflicted an indignant bite on the bottom of one of
the ambulance men. A spokesman for the Oxford Ambulance Service said, 'It was quite a night, actually.'

Who is the Eccentric One?  Is it
the violinist or the passers by? 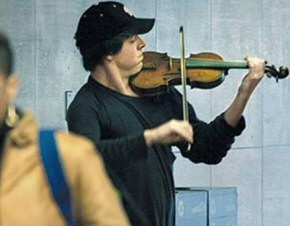 Picture, if you will, the scene: Washington DC Metro Station one cold
January morning a short while ago. This man is busking - playing his violin;
he plays for about 45 minutes and completes six pieces by Bach.

Now, ask Will and Guy - does anyone take any notice? During that time
approximately 2,000 people pass through the station, most of them on their
way to work.

After 3 minutes a middle aged man notices there was a musician playing.
He slows his pace and stops for a few seconds and then hurries to meet his
schedule.

4 minutes later: The violinist receives his first dollar. A woman throws
the money in the till and, without stopping, continues to walk.

6 minutes after that: A young man leans against the wall to listen to
him, then looks at his watch and starts to walk again.

10 minutes later: A 3 year old boy stops but his mother tugs him along
hurriedly, as the youngster stops to look at the violinist. Finally the
mother pushes hard and the child continues to walk, turning his head all the
time. This action is repeated by several other children. Every parent,
without exception, forces them to move on.

45 minutes later: The musician plays on. Only 6 people have stopped and
stayed for a while. About 20 have given him money but continued to walk at
their normal pace.

1 hour later: He finishes playing and silence takes over. No one notices.
No one applauds, nor is there any recognition.

Now - who was the violinist?

No one knew this, but the violinist was *Joshua Bell, one of the best
musicians in the world. He played one of the most intricate pieces ever
written, with a Stradivarius violin worth $3.5 million dollars. Two days
before Joshua Bell sold out a theatre in Boston where the seats averaged
$100. [£62 GBP]

This is a real story. Joshua Bell playing incognito in the metro station
was organized by the Washington Post as part of a social experiment about
perception, taste and people's priorities. The questions raised: in a common
place environment at an inappropriate hour, do we perceive beauty? Do we
stop to appreciate it? Do we recognize talent in an unexpected context?

One possible conclusion reached from this experiment could be: If we do
not have a moment to stop and listen to one of the best musicians in the
world playing some of the finest music ever written, with one of the most
beautiful instruments .................How many other things are we missing?

Round like a shot... Going to bed the other night, I noticed people in my shed stealing things. I phoned the police but was told there was no one in the area to help. The policeman said they would send someone
over as soon as possible. I hung up.

A minute later I rang again. 'Hello', I said, 'I called you a minute ago because there were people in my shed. You don't
have to hurry now, because I've shot them.'
Within five minutes there were half a dozen police cars in the area, plus helicopters and an armed response unit. They caught the burglars red-handed.

Footnote:
Please send us your Strange But True Story