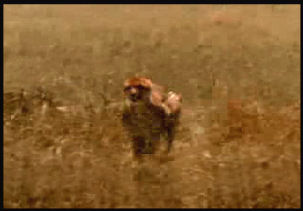 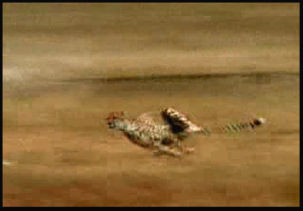 3) Cheetah locks onto prey. (Will and Guy are having trouble in identifying this member of the Bovidae) 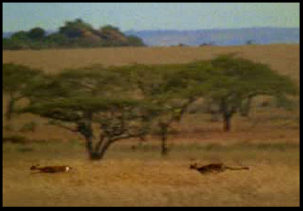 4) How did man prevent the kill and preserve the Gazelle prey. (Will and Guy think it's a Thomson Gazelle, but we are not sure) 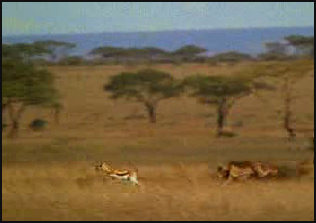 Check out our funny cheetah video clip and see the full story.  See how man saved the gazelle. N.B. With some browsers you need to click twice on the Play arrow

The modern cheetah population can be traced back to a single African group of 500 animals that survived the last ice age. Genetically, this means all living cheetahs are as close as identical twins. They are notoriously difficult to breed in captivity because the female needs to be chased by several males before she can ovulate. Akbar the Great, the 16th-century Mogul emperor, kept more than 1,000 cheetahs but managed only one litter. The next cheetah born in captivity wasn't until 1956.