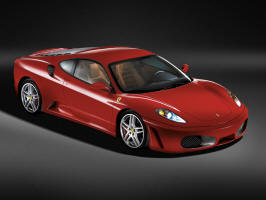 One day, Jimmy knocks on the door of a home in an upper-class neighbourhood.  The lady of the house answers.'
Pardon me Ma'am', Jimmy says, 'I'm out of work and looking for any odd jobs that people need done.  I'm very handy with everything from repairs to yard work, to painting...'

'Painting?'
the woman jumped in.

'Oh, yes, Ma'
am! I'm a very careful painter, 'Jimmy replied, his face brightening at the
realisation that she could provide him some work.

'I'll tell you what. My husband just bought some green paint last week to paint the porch out back, but we haven't
had any time. If you can do a good job,
then you can paint it before he gets home and surprise him.

'Now, do a particularly good job and paint the trimmings white as well, and I'll pay you an extra bonus.'

'Oh yes, Ma'
am, I'll do an excellent
job!'
She then told Jimmy where to find the paints around back in the garage.

A few hours later, Jimmy returns to the door.'
That was quick, did you do a good job?'
the woman inquires.

'
Oh yes Ma'
am, two coats! But there's
something you should know, 'Jimmy says.

'That car is not a Porsche, it's
a Ferrari!'

A painter and decorator has been thinning down his paint for years, but
charging his clients the full price.

One day the vicar of the local church approaches him and asks him to
paint the church. The painter and decorator thinks Yipeee - I'll make a
fortune here, lots of paint to thin down. He's up the ladder painting away,
thinking about how much money he is going to make when a storm sweeps in. A
bolt of lightening hits him whilst he is on his ladder and he is thrown
clear into the churchyard. A dark cloud moves above him and he fears that he
is about to meet His Maker. He calls out and asks God what must he do to be
given a second chance.

There is a roll of thunder and a voice booms from heaven - Re-paint,
re-paint and thin no more!!

Matt was in the pub one night telling his friend how his uncle Arthur tried
to build a new car for himself.

Firstly, Arthur took wheels from a Lamborghini, a radiator from a Ferrari,
some panels and bumpers from a Porche............'

'Cripes,' exclaimed Bob interrupting, 'that sounds amazing. What did Arthur
end up with?'
Matt replied calmly, 'Two years inside.'

As Retired Lieutenant Commander Andrew Craig was driving his old car down the motorway, his mobile phone rang. Answering, he heard his wife's
voice urgently warning him, 'Andrew, I just heard on the
news that there's
a car going the wrong way on the M275. Please be careful!'

'Botheration, 'said Andrew, 'Its not just one car. Its hundreds of them!'