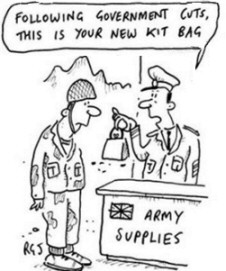 Defence Cuts -
Funny Army Pictures that Amuse Will and Guy

Here is our collection of weird military vehicles used for strange
purposes. 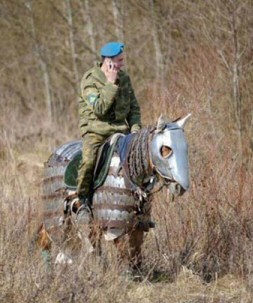 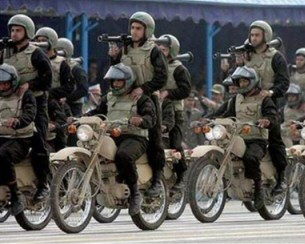 Something out of Dad's army?

Isn't it funny how soldiers look the same the world over.  Defence
transport cuts mean no money for cars.

Now even weapons are in
short supply

Korean Army Defence Cuts. NB - no weapons, just the dog and a set of
instructions

Volunteering in the Army

Shortly after joining the Army, I was in line with some other inductees
when the sergeant stepped forward with that day's assignments. He handed
several tasks out and then asked, 'Does anyone here have experience with
radio communications?'

A long-time ham radio operator, I shouted, 'I do!'

'Good,' he said. 'You can dig the hole for the new telephone pole.'

In searching the internet for interesting comments on worldwide defence
cuts, Will and Guy have unearthed this piece of funny writing about the
United Kingdom:

British Armed Forces to be replaced by the 'A-Team'

As part of budget cuts the entire Ministry of Defence is to be dismantled
and replaced by four soldiers of fortune sent to prison for a crime they
didn't commit. 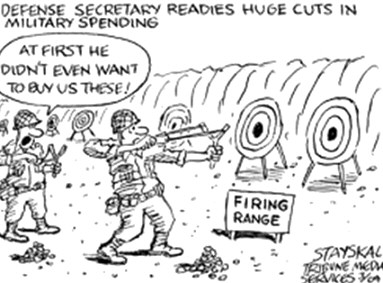 'We need a leaner, less centralised MoD,' said Defence Secretary Dr Liam
Fox, 'and the A-Team are the perfect replacement. We were committed to
spending billions on Trident but these guys have already managed to build us
an independent nuclear deterrent using a broken lawnmower, two cans of WD40
and a 'thigh master' they found in my garage.'

Dr Fox is understood to have got the idea after seeing an advert in the
back of "Guns & Ammo magazine", 'If you have an unsustainable
budget deficit, if no one else can help, and if you can find them, maybe you
can hire...The A-Team.'

'We are delighted to be helping the British government tackle their
deficit,' said the new head of British Armed forces Lieutenant Colonel John
"Hannibal" Smith, adding, 'I love it when a strategic defence
review comes together.'

To save on costs, the MoD offices in Whitehall will be sold off and
replaced by a specially adapted GMC Vandura van with a built in missile
launcher that can be sent to trouble spots around the world.

The A-Team have already pledged to resolve the situation in Afghanistan
by driving round the country at tremendous speed and blowing everything up.
However, unlike previous invasions, they have promised to get things sorted
in under an hour (with ad breaks) with miraculously no loss of life.

The team are expected to fly out to Kabul next week, or just as soon as
they manage to persuade B.A. Baracus who is currently refusing to budge
saying only, 'I ain't getting on no underfunded neo-imperialist campaign,
fool. Or Easyjet.'

Shadow Defence Secretary Bob Ainsworth criticised the government. 'These
guys are a bunch of mercenary criminals and one of them is certified
insane,' he said, 'and the A-Team isn't much better.'

The British Military writes OFR's (officer fitness reports). The form
used for in the UK for the Royal Navy and Marines fitness reports is the
S206. Will and Guy have recorded these, probably untrue, top ten examples
for our readers.

The following are amusing top ten examples of excerpts taken from
people's "206s": 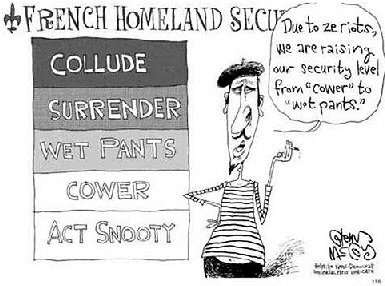 The British are feeling the pinch in relation to recent
terrorist threats and have raised their security level from "Miffed" to
"Peeved."

Soon, though, security levels may be raised yet again to "Irritated" or
even "A Bit Cross." Brits have not been "A Bit Cross" since the blitz in
1940 when tea supplies all but ran out. Terrorists have been re-categorized
from "Tiresome" to a "Bloody Nuisance." The last time the British issued a
"Bloody Nuisance" warning level was during the great plague of 1666.

The French government announced yesterday that it has
raised its terror alert level from "Cower" to "Wet Pants." The only two higher
levels in France are "Collude" and "Surrender."  The rise was
precipitated by a recent re that destroyed France's white flag factory,
effectively paralyzing the country's military capability.

It's not only the French who are on a heightened level of alert.
Italy has increased the alert level from "Shout loudly and
excitedly" to "Elaborate Military Posturing". Two more levels remain:
"Ineffective Combat Operations" and "Change Sides."

The Germans also increased their alert
state from "Disdainful Arrogance" to "Dress in Uniform and Sing Marching
Songs". They also have two higher levels: "Invade a Neighbour" and "Lose."

Belgians, on the other hand, are all on holiday as
usual, and the only threat they are worried about is NATO pulling out of
Brussels.

The Spanish are all excited to see their new submarines
ready to deploy. These beautifully designed subs have glass bottoms so the
new Spanish navy can get a really good look at the old Spanish navy.

Americans meanwhile are carrying out pre-emptive
strikes, on all of their allies, just in case.

New Zealand has also raised its security levels from "baaa"
to "BAAAA!". Due to continuing defence cutbacks [the air force being a
squadron of spotty teenagers flying paper aeroplanes and the navy some toy
boats in the Prime Minister's bath], New Zealand only has one more level of
escalation, which is 'Croikey, I hope Austrulia will come end riscue us.' In
the event of invasion, New Zealanders will be asked to gather together in a
strategic defensive position called "Bondi".

Australia, meanwhile, has raised its security level from
"No worries" to "She'll be right, mate." Three more escalation levels
remain, "Crikey!"; "I think we'll need to cancel the barbie this weekend"
and "The barbie is cancelled." There has never been a situation that has
warranted the use of the final escalation level.