At the airport for a business trip, Maureen settled down to wait for the boarding announcement at Gate 35. Then she heard the voice on the public address system saying, 'We apologise for the inconvenience, but BOAC Flight 937 will board from Gate 41.' Maureen picked up her luggage and carried it over to Gate 41. Not ten minutes later the public address voice told her that Flight 937 would in fact be boarding from Gate 35. So, again, Maureen gathered her carry-on luggage and returned to the original gate. Just as she was settling down, the public address voice spoke again, 'We would like to thank all passengers for participating in BOAC's physical fitness programme.'

No Smoking On This Aeroplane 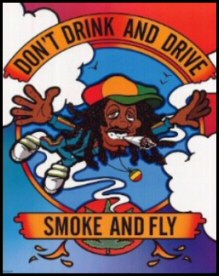 The airline had a policy that required the first officer to stand at the door while the passengers exited, smile, and give them a - 'Thanks for flying XYZ airline' . An airline pilot on this particular flight hammered his plane into the runway really hard.  In light of his bad landing, he had difficulty looking the passengers in the eye, all the time he thought that a passenger would have a smart comment.  However, it seemed that all the passengers were too shell shocked to say anything.

Finally, everyone had gotten off except for this little old lady walking with a cane.  She said, 'Sonny, mind if I ask you a question?' Why no Ma'am, 'said the pilot, 'What is it', the little old lady said, 'Did we land, or were we shot down?'

This next yarn reminds of my former classmate Pete.  At school, Pete was always in the top 2/3 in our class, but once he left school, he never could settle in a job.  He landed a job as a bus driver, but his denouement came when he took a detour and drove the bus to his home.  Pete, got out, went in, left the passengers on the bus, had a cup of tea and drove on half an hour later.  When the bus company discovered his antics, his supervisor dismissed him on the spot.  The Airline flight attendant in this next tale is going the same way as Pete. From a Stingem employee....' Welcome aboard Stingem Flight X to YYY.' We are pleased to have some of the best pilots in the industry... Unfortunately, none of them are on this flight...!' Then he progressed to the famous ' Fasten Seatbelt Routine' .  What he said was: 'To operate your seatbelt, insert the metal tab into the buckle, and pull tight. It works just like every other seatbelt, and if you don't know how to operate one, you probably shouldn't be out in public unsupervised.' In the event of a sudden loss of cabin pressure, oxygen masks will descend from the ceiling. Stop screaming, grab the mask, and pull it over your face. If you have a small child travelling with you, secure your mask before assisting with theirs. If you are travelling with two or more small children, decide now which one you love the more. After the plane landed, he said: 'As you exit the plane, make sure to gather all of your belongings. Anything left behind will be distributed evenly among the flight attendants' His final announcement was: 'Thank you for flying Stingem Airlines. We hope you enjoyed giving us the business as much as we enjoyed taking you for a ride.'
The Irish Arrive An Irishman arrived at J.F.K. Airport and wandered about the terminal with tears streaming down his cheeks. An airline employee asked him if he was homesick. 'No', replied the Irishman. 'It's worse, I have I've lost all me luggage.' 'That's terrible, how did that happen?' 'The cork fell out of me bottle.' See more Irish jokes

An aeroplane was forced to circle for more than half an hour after an air traffic controller dozed off.  The pilot of the cargo plane said he attempted a number of times to contact the controller for permission to land - but got no answer. He was forced to circle around Nice Airport in France until the sleepy controller was woken up by security officials more than 30 minutes later.   French air traffic control service DGAC described the case as 'extremely rare' and said the cargo plane 'had never been in difficulty'.  An internal investigation has now been set up to find out why the controller fell asleep on the job. 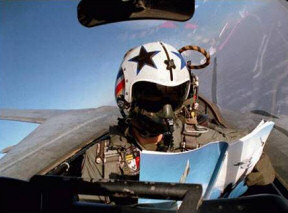 'Certainly, that will be £90,000 pounds.' Terminal 5 at London Heathrow Airport [LHR] opened in March 2008. There were major problems with travellers' baggage, and many holidaymakers and business folk had to wait for hours to claim their bags. However, this was not the only problem Will and Guy have learned. Mrs Terri Patsalides, age 59, was there to meet a client from overseas; the person was seriously delayed by the baggage problems, so Mrs Patsalides bought a cup of coffee at the Giraffe Juice Bar. The delay was so long that she drank another three cups and then called for the bill. When it arrived Terri Patsalides received an enormous shock. The print out read: 4 coffees - £361,514.97 [ $717,483.79 USD]. She protested that the bill was a little on the large size: apparently the computer had gone wrong and, seeing the funny side of the problem, the waiter, the cashier and Mrs Patsalides were able to have a good laugh.