Skip to content
Aircraft crash photos revealed as hoax say Will and Guy. An United States Air Force F-15 fighter aircraft with the Missouri National Guard broke apart in mid-air on 2nd November 2007; the pilot escaped using his ejector seat. The following pictures appeared on the internet claiming to be actual photographs of the F-15 breaking up. Will and Guy have learned that these pictures are an animation of what might have happened.  Knowing that the pilot is safe, although injured; we would like you to look at the free PowerPoint Presentation and draw your own conclusions. 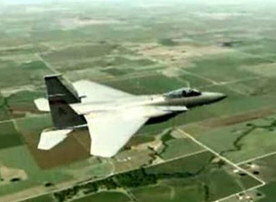 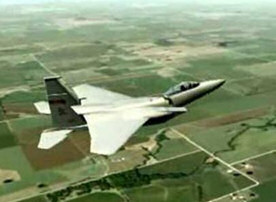 A serious crack appears in the F-15, just behind the cockpit 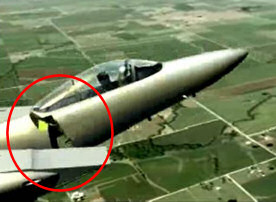 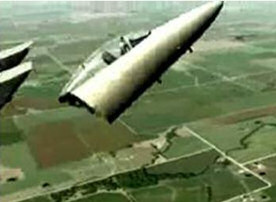 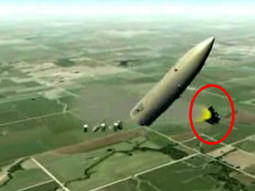 The truth behind this story: The pictures that you have been viewing are not real photographs but are taken from an animation created as part of the investigation into the crash.  All models of the F-15 were grounded until an USAF investigation into the crash concluded that there was a manufacturing defect in the airplane, which was built in the 1970s by McDonnell Douglas.