Will and Guy thought that dog ice-cream was just another shaggy dog
story; we should have known better, there are numerous real products for
this growing market.  Another example of role reversal where the pets
control their
owners? 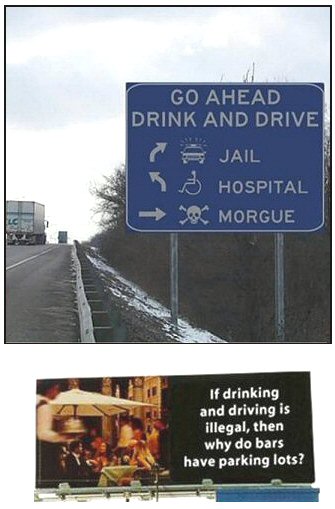 An Irishman goes to his dentist and gets all his teeth taken out. When he
returned home he said, 'Never again'.

We appreciate that swine flu is a serious problem and that people who
contract the virus may die. However, throughout history, catastrophes have
been resolutely faced by using humour.  We feel that these "jokes" fit that
construct. We hope you agree.

Funny Shorts
Heard by Will and Guy About Swine Flu

Any flu virus provides a serious threat, especially to the very old and
the very young.  While the swine flu is not MORE virulent than previous
strains of influenza, our problem is that of May 2009 scientists have
not had time to produce a vaccine.  As a result the virus can spread
more quickly than with 'normal' strains, this is why the swine flu is
referred to as pandemic - world-wide.

It is instructive to review the Spanish flu of 1918.  In countries
such as USA and UK about 25% of the population were INFECTED.  Of those
infected approximately 3% died.  While the percentages are much lower than I would
have guessed, nevertheless the flu caused a huge number of actual
fatalities, in the USA alone there were 500,000.  Naturally these
statistics don't
take into account the misery suffered by those who survived the virus, both
for themselves and caring for sick relatives.