Will and Guy's
Amusing Examples of Collective Nouns For Animals

Collective nouns are always interesting.  Who ever was responsible for
defining these group words clearly chose with care and humour.

One of the oddities of the English language is the different names given
to collections or groups of animals.  Many of our
examples of animal collective nouns are evocative, and extremely
clever. 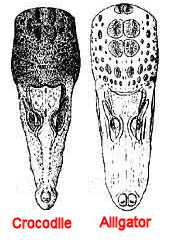 We have gleaned these examples of collective nouns from The New Yorker
Magazine and date back to the 1990s. Nonetheless they are funny, clever and
amusing.

The Plain English Campaign is a group that has been fighting for crystal-clear communication since 1979. Consider some of these examples that made Guy and Will smile:

A top ten of the most annoying expressions has been compiled by
researchers at Oxford University in England. Top of the list was 'at the end
of the day', followed by 'fairly unique', reports the Daily Telegraph
newspaper.

'I personally' a phrase described by BBC Radio 4 presenter and
journalist, John Humphreys, as the 'linguistic equivalent of having chips
with rice' was third.

Also making the top ten is the grammatically incorrect 'shouldn't of',
instead of 'shouldn't have'.

The phrases appear in a book called Damp Squid, named after the mistake
of confusing a squid with a squib. The researchers who compiled the list
monitor the use of phrases in a database called the Oxford University
Corpus, which comprises books, papers, magazines, broadcast, the internet
and other sources.

The book's author Jeremy Butterfield says many annoyingly over-used
expressions actually began as office lingo, such as 24/7 and 'synergy'. He
added, 'We grow tired of anything that is repeated too often: an anecdote, a
joke, a mannerism, and the same seems to happen with some language.'

The
10 Most Irritating Phrases in Full:

Will and Guy would love to know the expressions which bug and annoy you.
Please send them to us for inclusion on the site.

Less Is Not Fewer? - Tesco
Clear Up

Tesco supermarket has bowed to pressure from the Plain English Campaign
and scrapped checkout signs reading, 'Ten items or less.'

Critics insist that the signs should read: 'Ten items or fewer.' Tesco has
side-stepped a complicated grammatical debate by changing the signs to: 'Up
to 10 items.'