As its name suggests, Earth Day is time to sit back and appreciate our
planet.  For some it may just be a moment to aware of the richness of
our environment, for others it may trigger a modification to their life-style.

When Is Earth Day Origins 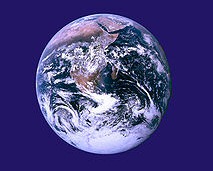 It was John McConnell back in 1969 who first proposed an Earth Day.
The backdrop was the peace movement, hippies and flower power.
However, John McConnell was older, wiser and more experienced than most of
those calling for give peace a chance.  One of his earlier slogans was
'Peace for Minute', but in 1969 he put forward the idea a holiday to
celebrate the Earth's life and beauty.

Rarely can a movement have spawned so many different flags in such a
short time. 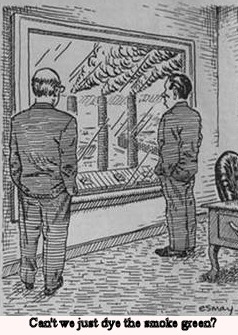 Entering into the spirit of Earth Day generates different feelings from
celebrating special days that merely bring back memories.  April 22nd
could be a day when you reflect on the wonderment of our planet, and that
may lead to small changes in behaviour which will help to preserve it.
People who embrace these values want is win-win concepts.  Eat a
healthier diet, which in turn could lead to less methane or carbon dioxide
released into the atmosphere.  Choosing local produce mean fewer lorry
miles, and eating more vegetables and less meat means fewer animals hence
less methane emission.

April is an ideal time to re-assess one's diet; the longer days and
warmer weather encourage thoughts of salads.  Just as there are so many
different but healthy diets, so there are a whole range of ways that people
can absorb, celebrate, and embrace Earth Day.

In England schemes to re-cycle waste are gaining strength, we now have a
bin for paper and glass, a bin for general rubbish and third bin for food
waste.

Will and
Guy's Top Ten Facts to Ponder This Earth Day

The Water We Use Every Day [all amounts are approximate]:

The
Amount Of Time Needed For Things To Decompose:

Do you know when is Earth Day?
22nd April
every year.

This organisation is based in Washington DC,
USA, and it has issued an "Earth Day Report" which details some of its
concerns which we share with you:

An 'Eco Joke' - A Brand New Genre of Joke

'I have an obsession with wind farms.'

Pretty soon, the environmentalist gets dissatisfied with the environment
in hell, and starts implementing eco-friendly improvements. After a while,
global warming, air and water pollution are under control. The landscape is
covered with grass and plants, the food is organic and the people are happy.
The environmentalist has become a pretty popular guy.

One day God calls Satan up on the telephone and says with a sneer, 'So,
how's it going down there in hell?'
Satan replies, 'Hey, things are
going great. We've clean air and water, the temperature is better and the
food tastes better, and there's no telling what this environmentalist is
going to fix next.'

God replies, 'What? You've got an environmentalist? That's a mistake; he
should never have gotten down there, send him up here.'

Satan says, 'No way. I like having an environmentalist on the staff, and
I'm keeping him.'

Satan laughs uproariously and answers, 'Yeah, right. And just where are you
going to get a lawyer?'

I can't help thinking the Environment Minister is a bit of a bird brain
....

When is Earth Day?
36 Days After Valentine's Day

See more about our planet earth: