Squirrel Steals a Bar of Chocolate

Squirrel Steals a Bar of Chocolate

Cyril the squirrel has acquired a valuable trick, it enables him to survive in towns where nuts are rare, but chocolate is plentiful.  Marvel at his technique of liberating choc bars from vending machines. The scene is a big city, possibly in the USA as it seems to be English speaking.  Our hero is Cyril the squirrel, but in this grainy shot you could easily mistake him for a cat or even a rat. 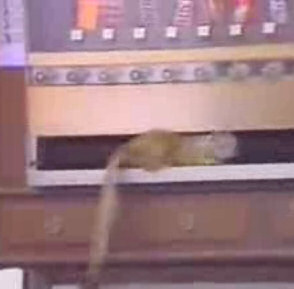 Squirrel emerging with bar of chocolate 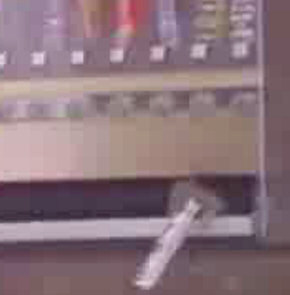 This is how the Cyril the squirrel steals the bar of chocolate.

Even though I have ringed the bar of chocolate, you really need to watch the video to see what Cyril the squirrel is up to and how he has learned to rob vending machines. 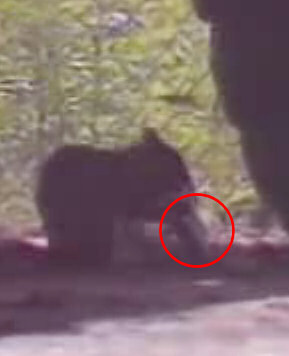 Cyril the squirrel has discovered how to live for free in a big city where nuts are rare, yet chocolate is everywhere.  Observe his method to free the candy from a vending machine. 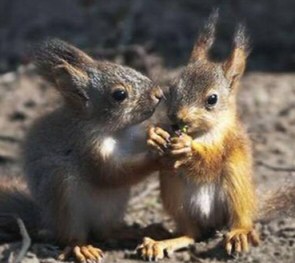 The animal, named Pete the Purple Squirrel, has been spotted on a school's roof in Stubbington, Hampshire, England. Animal experts were initially at a loss as to explain the animal's colour as squirrels are usually grey or red.  Will and Guy have established that the squirrel has been seen nipping in and out of a building where old computer cartridges are stored and it is thought that the ink may have rubbed off. Wildlife expert Chris Packham said, 'I'm wondering whether one of the cartridges has, one of two things, either leaked into some water into which the squirrel has bathed or fallen, which seems the least likely. I know it sounds absurd but there is no reason why it wouldn't have chewed up an old printer cartridge, perhaps got this on to its paw or its mouth and groomed it into its fur. 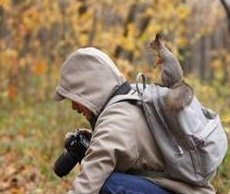 Behind You! Footnote: Please send us your funny squirrel pictures