These credit crunch humour may seem callous. However, in times of hardship, humour is the best medicine. 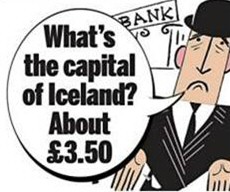 * The Isle of Dogs is part of the East End of London, think of one of the loops in the river Thames. 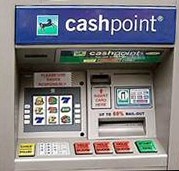 This is one of those slow burning funnies.  It took me a while before I spotted the slot machine inside the cashpoint. 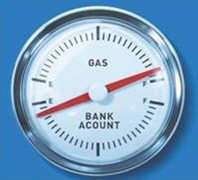 Heard on a BBC radio 5 live 'phone in programme' discussing the world economic recession:Caller:- 'Thanks to my financial adviser I now have a small fortune.Presenter:  That's very interesting, tell me more.Pause.................

Mind you, I started off with a large fortune.'

Big Issue in the Credit Crunch

Last week Guy talked to his bank manager.  The manager, Mr Evans said 'Guy from now on, I am going to concentrate on the big issues*.

Today I saw Mr Evans outside Wal-Mart, and he sold me a copy!Footnote* The Big Issue is a UK magazine sold by the homeless

Beware of Funny Money in the Credit Crisis

One feature of human hardship is that we use humour as a safety valve, hence the appeal of  'funny money jokes' in times of crisis. 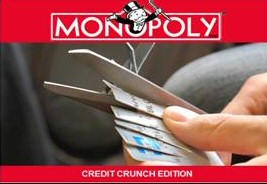