Share
Tweet
Pin
Share
Email
Optical illusions are always fun to try.  Our brains have evolved to make assumptions quickly, if one object appears bigger than another it is probably nearer.  Optical illusions exploit our brains to construct a false visual image, or an optical illusion. 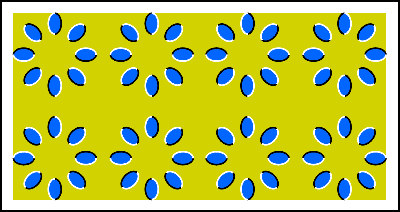 Can you control the circling motion by relaxing your eyes? Optical Illusions such as this are used to test the level of stress a person can handle.  The slower the pictures move, the better your ability of handling stress. Alleged criminals that were tested see them spinning around madly; however, senior citizens and kids see them standing still. By the way, the above image is not animated; all the dots are perfectly still. Here is another example of this type of cool optical illusion: Coffee beans swirling.

Face Optical Illusions Who will you see?  Jesus? or Che Guevara 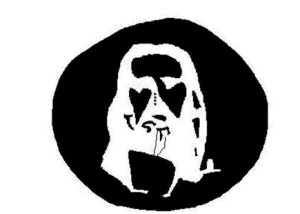 Instructions: If nothing happens with the face optical illusion, try again this time stare for 40 seconds.  When you look at the wall blink a few times and relax your eyes, develop that far-away look.  Finally, try a white, or light wall. When it works this really is a cool optical illusion. 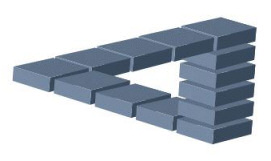 Artists, such as Oscar Reutersv√§rd employ this clever technique to draw diagrams to create the illusion of impossible machines, such as perpetual staircases. 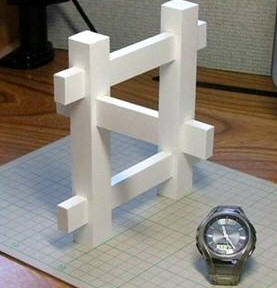 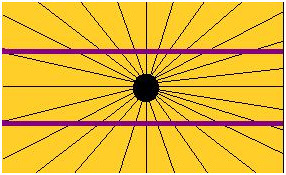 The middle, red lines are truly parallel, it's the radiating lines that cause the illusion of bending. Footnote: Like like Debbie and Kathryn please send us your cool optical illusions.

According the perceived wisdom of the fashion-police, vertical stripes make women look thinner.  However, when put to a scientific test at York University, England, the results proved the opposite.  What psychologists found was horizontal stripes make you look thinner.  What they found was that horizontal stripes create the illusion of depth, which in turn can reduce the appearance of width.  Volunteers were asked to compare 200 pictures of women wearing either horizontal or vertical-striped outfits.   The results were horizontal stripes were perceived to be thinner by 53% of the volunteers, against 47% who agreed with the traditional view that vertical stripes were slimmer. The fashion-police are not convinced and say the experiment should be repeated with real women walking down the runway.

How To Get the Spinning Girl Optical Illusion to Work

Let me say straight off the bat, Guy thought for a long time that the dancer could only possibly spin one way clockwise.  Three things helped me to see her spinning both ways:  belief I WILL GET THIS TO WORK.  Also, a practical point, the first picture I studied had the animation running too fast.  So the slower the spinning, the better your chance to see this illusion.  One more tip: try focusing on the left edge of the picture, then slowly pan your eyes to the right.  This is how I got her to spin clockwise. Will said that looking at the dancer's feet helped him to the her turning anti-clockwise.  John said that with the spinning girl optical illusion it was concentrating on the shadow that enabled him to switch directions. Research Results: Question: which way does the dancer spin, clockwise or anti-clockwise? Conclusions Four times as many people see the dancer spinning clockwise as anti-clockwise. Assumption Those that see the dancer spinning clockwise use more of the right side of their brain than the left.  Will and Guy wonder if there is a relationship between the direction you see her spin, and whether you are right handed or left handed. * This is an animated gif.  If the dancer does not spin, it maybe because of a restriction in you browser.

History of the Spinning Dancer Illusion

The spinning dancer illusion was born out of a Yale university project to test for 'Left Brain' or 'Right Brain' dominance.  The study was started by Roger Sperry who was investigating epilepsy and left / right brain neural connections. Left Brain Functions Perhaps speech is the most important left brain function.  This left side also processes maths and logic. Right Brain Functions The right brain is the locus for spatial awareness, imagination, fantasy also risk taking. 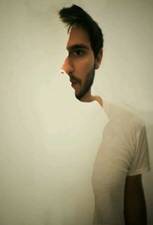 Stare at the picture.  Let your eyes go fuzzy, unfocussed.  Do you see the head turn to their right (our left)?  If you do, what a long neck he has! Footnote: Richard Windsor provided this link for more back-ground information on cool optical illusions.