Skip to content
The English are notoriously bad at learning foreign languages, this is what they do instead - create funny phrases.

These funnies were spotted in magazine competition; competitors were asked to change one letter in a foreign phrases and then redefine the sentence.

What The Cool Foreign Words Were Meant to Say

Every year the Washington Post asks its readers to dream up alternative, yet cool meanings for ordinary words.  Here are examples: 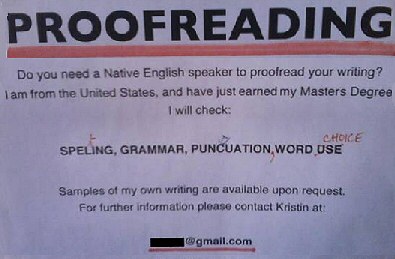