Even the most advanced ant-virus programs from McAfee cannot take care of
this bug.  Norton is no help either.

Oh, I nearly forgot, this virus is called the: 'C-NILE VIRUS.' 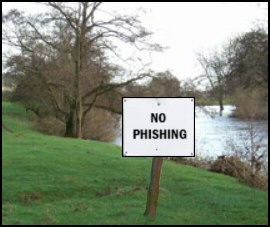 HELSINKI (Reuters) - Computer specialist Didier Stevens put up a simple text advertisement on the Internet offering downloads of a computer virus for people who did not have any.  Surprisingly, he
found as many as 409 people clicking on the ad saying "Is your PC virus-free? Get it infected here!" during a 6-month advertising campaign on Google's Adword, said the IT security expert.

"Some of them
must have clicked on it by mistake. Some must have been curious or stupid," said Mikko Hypponen, head of research at data security firm F-Secure.

There was no virus involved, it was an experiment
aiming to show these kind of advertising systems can be used for malicious intent, Stevens told Reuters.

I think computer viruses should count as life. I think it says
something about human nature that the only form of life we have created so far is purely destructive. We've created life in our own image.

Conficker Worm - A Real and Nasty Virus (Unfortunately, not a joke)

Security experts say that the Conficker worm is expected to activate once
again on on April 1, April Fool's Day. This is a bad joke for web security,
as the virus has infected millions of machines worldwide and is now even
stronger.

Cybercriminals designed the first two variants of the Conficker worm to
spread worldwide. The third version, 32.Downadup.C, is expected to solidify
its position, experts said.

If the third variation of the worm activates, it can connect infected
computers allowing the zombie machines to receive updates.

The new version can defend itself from security bots as well, experts
said. The worm will attempt to disable Windows Automatic Update and stop
access to the Windows Security Center.

1) A Friend: 'Does my computer hard drive get heavier when I put more data on it?'

2) As yet, no-one can explain to my satisfaction, why left to its own devices, my $1,000 computer regularly loses nearly a minute every week. Especially when my
10 year old, $5, 'Mickey Mouse'
watch keeps perfect time.

Question: What do you get when you cross a computer with an elephant?

What People Say About Computers: