How Far Would You Go For a Cup of Tea?

Will and Guy have prepared a PowerPoint Presentation showing the quest for a cup of tea.  We also have background information on the origins of the words 'Tea' and 'Cha'. 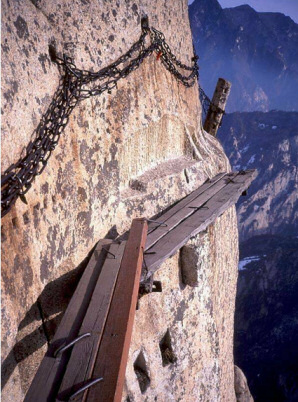 Hold on tight as you seek out that tea shop 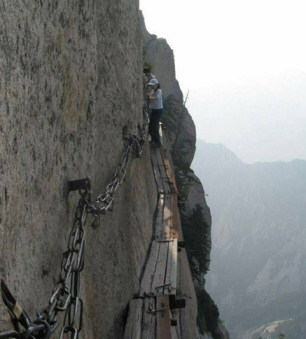 I'm following the leader, and I am getting thirsty 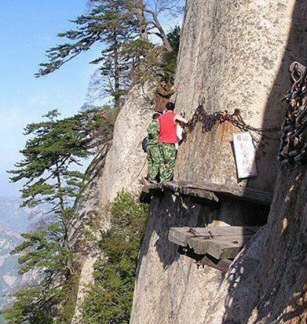 At last the teahouse, there in the distance 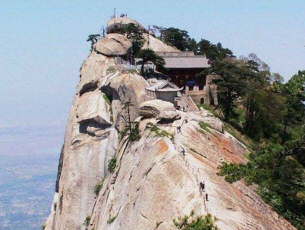 Making presentations in PowerPoint is satisfying, moreover, it's easy to get started. The PowerPoint program is intuitive to learn and easy to create your own PPT slides and build them into a slide show.  If you have Microsoft Office you may find that you already have PowerPoint along with Word and Excel. One way to begin is simply to open any example presentation.  Just download one of our free PPT files and open it with PowerPoint.  As you examine the slides, so it will become obvious how to add pictures and titles, if you do get stuck, ask the wonderful built-in 'Help'.  To make an inspirational slide show requires these skills; Good luck with creating your inspirational PowerPoint Presentation

The sign shown right, and on the presentation below, is the Mandarin Chinese word for 'cha' pronounced 't'e' in certain Chinese dialects.  Also the Malay word for the leaf is 'the'.  This word 'the' was used to describe both the drink and the leaf.  The Japanese character for tea is written exactly the same as the Chinese, though pronounced with a slight difference; so these may be the origins of our word tea in the western world.

The Quest for Tea

Tea may have been discovered in 2737 BC by Shen Nong, a Chinese Emperor of the San Huang Period, [3,000 - 2,700 BC]. He was a scholar, the father of agriculture and the inventor of Chinese herbal medicine. He demanded that all drinking water be boiled as a hygienic precaution. One summer day, while visiting a distant region, he and the court stopped to rest and his servants began to boil water for the court to drink. Dried leaves from the nearby bush fell into the boiling water, and a brown liquid was infused into the water. As a scientist, the Emperor was interested in the new liquid, drank some, and found it very refreshing. The tree was a wild tea tree, and so, tea was created.

The first samples of tea reached England between 1652 and 1654. Tea was referred to as the China drink, tcha, chaw, tay, tee, and tea and was at first regarded more as a medicine than a fashionable drink. The original English pronunciation of the word tea was 'tay' and can be traced back to around 1655 when the Dutch introduced both word and beverage to England. The pronunciation 'tee' also originated in the 1600's but only gained predominance after the late 18th century. By 1650 the Dutch were actively involved in trade throughout the Western world. Peter Stuyvesant brought the first tea to America to the colonists in the Dutch settlement of New Amsterdam [later re-named New York].

The expression 'For all the tea in China' can be explained as follows:

If someone won't do something for all the tea in China, they won't do it no matter how much money they are offered. In recent years tea has ceased to play a major role in the economy of China [despite the fact that there are over 8000 tea varieties in the country] so the expression is losing its meaning.

Time for some tea time humour

Young Frank was left to make the meal as his mum was out for a short while. When his mother returned with a friend, she noticed that Frank had already made and strained the tea. [Obviously Frank was using loose tea] 'Did you find the tea strainer?' His mother asked anxiously. 'No mum, I couldn't find it, so instead I used the fly swat.' 'You did what, Frank?' exclaimed his mother loudly. So Frank he hastily added, 'Don't get so excited mum, I used an old one.' Tea Waiter Waiter: Tea or coffee, gentlemen? 1st customer: I'll have tea. 2nd customer: Me, too - and be sure the cup is clean. Waiter returns: Two teas. Which one of you asked for the clean cup? Tea Breaks - or coffee? Will and Guy were wondering whether the workers at the PG Tips Tea Company factory had coffee breaks?
Spread the humour