These BP Oil Spill jokes and funny pictures may seem callous.
However, in times of adversity, humour is the best medicine.

Will and Guy's Best 5 Oil Spill Funnies (The subject is dirty but the jokes are clean!)

'Boycotting Petrol Stations is a Flawed Idea - Say the Experts 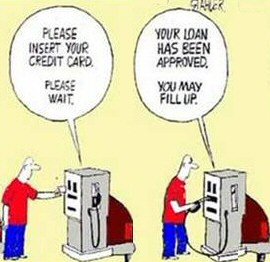 Economics Prof. Pat Welch of St. Louis University says any boycott of 'bad guy' gasoline in favor of 'good guy' brands would have some unintended (and unhappy) results.

Prof Welch says the law of supply and demand is set in stone. 'To meet the sudden demand,' he says, 'the good guys would have to buy gasoline wholesale from the bad guys, who are suddenly stuck with unwanted gasoline.'

So motorists would end up . . . paying more for it, because they'd be buying it at fewer stations.

Also, oil companies buy and sell from one another. Mike Right of AAA Missouri says, 'If a company has a station that can be served more economically by a competitor's refinery, they'll do it.'

Right adds, 'In some cases, gasoline retailers have no refinery at all. Some convenience-store chains sell a lot of gasoline - and buy it all from somebody else's refinery.'

A boycott of a couple of brands of gasoline won't result in lower overall prices. Prices at all the non-boycotted outlets would rise due to the temporarily limited supply and increased demand, making the original prices look cheap by comparison. The shunned outlets could then make a killing by offering gasoline at its 'normal' (i.e., pre-boycott) price or by selling off their output to the non-boycotted companies, who will need the extra supply to meet demand. The only person who really gets hurt in this proposed scheme is the service station operator, who has almost no control over the price of gasoline.

The only practical way of reducing gasoline prices is through the straightforward means of buying less gasoline, not through a simple and painless scheme of just shifting where we buy it. The inconvenience of driving less is a hardship too many people apparently aren't willing to endure, however.

A lobbyist on his way home from Parliament after a Parliamentary Enquiry into the BP Oil spill is stuck in traffic.

Noticing a police officer, he winds down his window and asks: "What's the hold up Officer?" The policeman replies: "BP's Chief Executive has become so depressed he's stopped his motorcade and is threatening to douse himself with BP petrol and set himself on fire because of
the shame of what he has done."

"Myself and all the other motorcade police officers are taking up a collection because we feel sorry for him."

The lobbyist asks: "How much have you got so far?"

The Officer replies: "About 40 gallons, but some officers are still siphoning."

Cars and The BP Oil Spill

The BP oil spill has helped me get back on my feet.  My car's been repossessed.

Congress says they are looking into this Bernard Madoff scandal. Oh Great!!

Yesterday I was having some work done on my car at the Ford dealer.  While I was talking to Bert, the mechanic, a woman came in and asked for a seven-hundred-ten.... We all looked at each other, and the Bert asked, 'What is a seven-hundred-ten?'

She replied, 'You know, the little piece in the middle of the engine. I lost it and need a new one. It had always been there.'

Bert gave the woman a piece of paper and a pen and asked her to draw what the piece looked like. She drew a circle and in the middle of it wrote 710. He then took her over to another car which had the hood up and asked, 'Is there a 710 on this car?'

She pointed and said, 'Of course, its right there.' 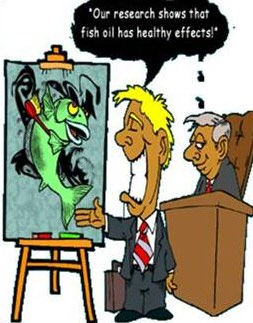