Skip to content
Here are pictures of fascinating trains taken and picturesque locations. The engines are also interesting to enthusiasts. 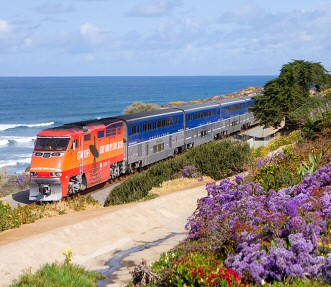 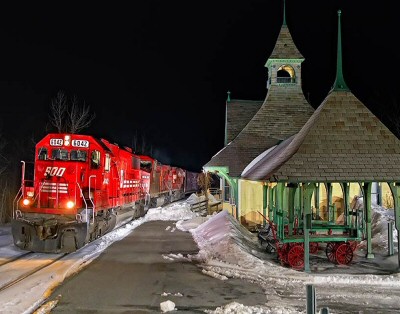 Making presentations in PowerPoint is satisfying, moreover, it's easy to get started. The PowerPoint program is intuitive to learn and easy to create your own PPT slides and build them into a slide show.  If you have Microsoft Office you may find that you already have PowerPoint along with Word and Excel. One way to begin is simply to open any example presentation.  Just download one of our free PPT files and open it with PowerPoint.  As you examine the slides, so it will become obvious how to add pictures and titles, if you do get stuck, ask the wonderful built-in 'Help'.  To make an amazing slide show requires these skills; Good luck with creating your PowerPoint Presentation 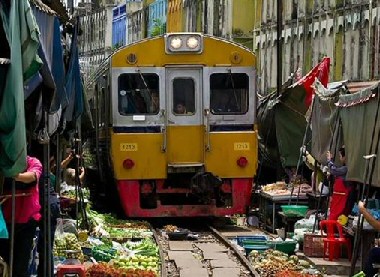 Will and Guy in no way endorse graffiti which is, in effect, a form of vandalism. Although it may have artistic merit, the graffiti to be found on the British rail network is the source of major problems to the British Transport Police. It costs the Network Rail millions of pounds a year to remove and carrying it out is not only a criminal offence but puts the graffiti vandals in grave danger by trespassing on the railway lines. We have found a series of trains which have been covered in graffiti. No one has acknowledged ownership of this specific 'art' and we have no real indication of which country the trains come from; help in this area would be appreciated.

If you look carefully you can see the train wheels or 'bogey' at the bottom of the picture.  You may also be able to spot the railway track. 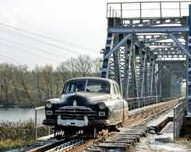 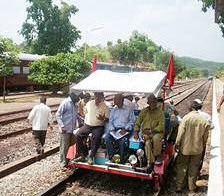 A large two-engine train was traveling through the Rocky Mountains. After it had gone some distance, one of the engines broke down. "No problem," the engineer thought to himself, and carried on at half power. Farther on down the line, the other engine broke down, and the train came to a standstill. The engineer decided he should inform the passengers about why the train had stopped. He made the following announcement: "Ladies and gentlemen, I have some good news and some bad news," he said. "The bad news is that both engines on this train have failed, and we will be stuck here for some time. The good news is that you decided to take the train and not fly!"

An American, an Englishman and an Australian...

An American, an Englishman and an Australian were travelling on a train from Doncaster, England to London. The trip which normally takes over 6 hours could be boring and tedious, so the Aussie asked his companions if anyone was carrying a packet of playing cards to while away the time. No one had the required ingredients to be able to play Poker, but the American suggested that a game of charades would help to pass the time. 'What the hell is charades?' queried the Australian. 'I will give you clues about a popular film by miming and doing hands gestures, while you will try to name the movie. The main rule is that the person doing the charade must remain silent,' explained the American. He then started the game by getting a piece of paper from his briefcase and throwing it out of the window of the moving train. 'I know, I know,' claimed the Englishman, 'Gone With The Wind.' Now it was the Englishmen turn to have a shot at the game. He stood up on his seat and with both fists he started to hit his chest and pulling his face. 'Oh! That's King Kong!' the American exclaimed. He then got of his seat and started to kick frantically with his hands and feet. 'Easy,' shouted interrupted him the Englishman, 'Karate Kid.' Charade followed charade and then the train had arrived at its halfway stop at Peterborough. The Australian had not manage to guess any of the titles and was feeling very inferior. As the train stopped at the station he quickly grabbed his companion's suitcases and bolted to the door. 'Oy! What do you think you're doing?' screamed the other two in one voice. 'The Great Train Robbery,' the Aussie bellowed as he disappeared out of the train and down the platform at a run.

Footnote: Please send us your interesting train pictures.  Also if you can identify any of the engines in the presentation, then we would like to know.