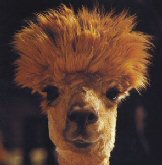 Many of these jokes can be spun out to make a funny story;
as so often with a good yarn, all you need is the seed of an idea.

Learn to Read the Signs

Geoff had six children and was very proud of his achievement. He was so proud of himself that for years he called his wife, Anita, "Mother of Six," in spite of her regular objections.

One evening, in their retirement years, they go to a party.  It is late and Geoff is ready to go home and wants to find out if Anita is ready to
leave as well.

Geoff bellows at the top of his voice, 'Shall we go home, Mother of Six?'

Anita, greatly irritated by Geoff's lack of discretion over so many years, yells back at him, 'Anytime you're ready, "Father of Four".'

A consultant at St Mary's Hospital, Portsmouth, England tells me that while passing through a frantic ENT [Ear, Nose and Throat] clinic, he
overheard this curious bit of conversation:

Senior surgeon (angrily) : 'For goodness sake, nurse, get me my auriscope.' [a medical device which is used to look into the ears].

Distracted young nurse : 'But doctor, I don't even know your star sign.'

Girl - Actually I'd rather have the money.

Bart, a Texan farmer goes to Australia for a vacation.  There he meets an Shane, an Aussie farmer and gets talking.  The Aussie shows off his big wheat field and the Texan says, 'Oh yeah.  We have wheat fields that are at least twice as large.'

Then they walk around the ranch a little, and the Shane shows off his herd of cattle. Then Bart immediately says, 'We have longhorns that are at least twice as large as your cows.'

The conversation has, meanwhile, almost died when the Texan sees a herd of kangaroos hopping through the field and so he asks, 'And what are those?'

''Shane', the Aussie replies with an incredulous look, 'Don't you have any grasshoppers in Texas?'

Many years ago Terry Wogan, an Irish radio presenter, said he had just returned from a holiday in Ireland. Visiting some friends and making
conversation with the taxi driver, he said it was a long drive.

The taxi driver replied: "Sure, but if it wasn't as long it wouldn't reach the house"!!

When I went to lunch today, I noticed an old man sitting on a park bench sobbing his eyes out.  I stopped and asked him what was wrong.

He told me, 'I have a 22 year old wife at home.  She rubs my back every morning and then gets up and makes me pancakes, sausage, fresh fruit and freshly ground coffee.'

He added, 'She makes me homemade soup for lunch and my favourite biscuits, cleans the house and then watches sports TV with me for the rest of the afternoon.'

He said, 'For dinner she makes me a gourmet meal with wine and my favourite dessert and then we cuddle until the small hours.'

Feeling he ought to do something to alleviate the man's obvious distress Norman laid his hand on the his shoulder saying gently, 'Was it someone you loved very much?'

The man looked up at him and said, 'No, I never met him, he was my wife's first husband.'

While in the queue to withdraw cash from the 'hole in the wall' [ATM] I was asked by an old lady if I would check her balance.  So I pushed her over!

Last week, Vicky, a distraught wife went to the local police station in Wigan, Lancashire, along with her next-door neighbour, Pauline, to report that her husband was missing.

The policeman asked for a description of the missing man.

Vicky described him clearly and in detail, 'He is 35 years old, 6ft 4inches, has dark eyes, dark wavy hair, an athletic build, weighs 185 pounds, is softly-spoken and is fabulous with the children.

Pauline interrupts her protesting, 'Why Vicky, your husband is 5 ft 8 inches, corpulent, bald, has a big mouth, and is horrid to your children.

Vicky replied, with a sigh, 'Yes, but who wants HIM back?'

An Englishman, an Irishman and a Scotsman set up in business as furniture removal men.  On their first job when the householder saw the Englishman and the Scotsman struggling to carry a wardrobe upstairs, she asked them, 'Where is the Irishman?'

'Oh, he's in the wardrobe stopping the wire coat-hangers from rattling.'

Footnote: Please email us your bad jokes that are funny.